Fire: an element that has been around since the dawn of time and has always held a certain quality that draws us in. However, our modern relationship with fire has become a little more complicated - used more frequently now for creating ambience or a design focal point than being a crucial factor in our survival.

The endlessly adaptable designs from EcoSmart Fire provide designers with so many options – whether a project requires a sophisticated and subtle accent, or something that will really create impact, these burners are all about making a statement.

In restaurants, hotels, showrooms and private homes all over the world, the design features of EcoSmart Fires allow designers to make any kind of statement they wish.

Fire is a particularly suitable design element to be used in a hospitality setting, as seen in South Australia’s Junction Moama, which prides itself on creating the perfect atmosphere with local wine, fresh produce and a stylish setting.

At the other end of the design spectrum is the-industrial style refurbishment of waterfront venue The [M]eatery, on the NSW South Coast. After many years as Wollongong’s Rock Salt Bar and Grill, the formal dining space has been transformed, creating a casual and inviting space for friends to share succulent platters of meat. In executing her complete overhaul of the space, the one feature designer Cristina Hofman decided to keep was the fiery centerpiece – four EcoSmart burners centered around an industrial-style column.

And blurring the lines has been made easy at a Bali-style Western Australian home, with a unique see-through fire strategically placed as an interactive room divider between bedroom and bathroom.

And when it comes to being the centre of attention – the Allegro Hotel Chicago, built in the heart of the city’s theatre district in the 1920s, certainly has a fireplace that will start conversations. The EcoSmart Stix model is usually used in outdoor settings, but Rebecca Otto from Gettys surprises by utilizing three of these burners inside the lobby, invoking a theatrical and glamorous mood.

Far from being attention seeking, the brief to retrofit a fireplace and entertainment unit in a Hollywood Hills home was deceptively simple - add warmth and ambience to the space while retaining the masculine feel. Jeffrey Strnad of Beach House Design and Development then found his otherwise “blank palette” was constricted by 12 inch poured concrete walls. The EcoSmart XL900’s flexible design allowed him to create a long ribbon fire that not only fitted the space, but created the perception that it was floating off the wall.

Combining the elements of earth and fire took a practical piece of furniture from ordinary to extraordinary in a Hong Kong home unit. An expat Australian family of four found storage was an issue in their home, so they engaged Rosie Blay from Liquid Design to create a large dividing unit in the living space. It needed to match the natural and earthy materials used in the home, so Rosie used honeycomb metal covered in beige stone veneer. Rosie incorporated two EcoSmart burners in the middle of the 4.2-metre-long unit, thus creating focal points for the living room, entry and hallway. 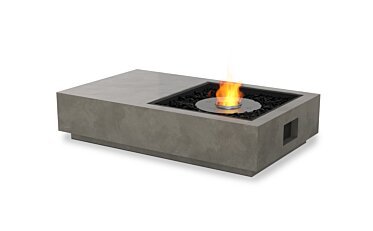 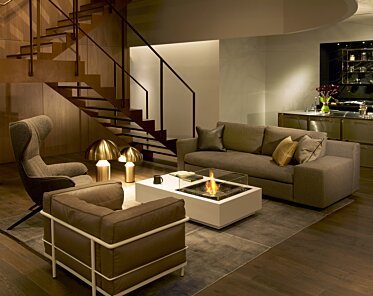 A premium fire table that combines ingenuity with functionality. 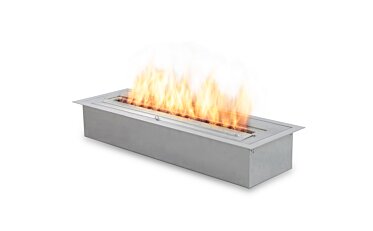 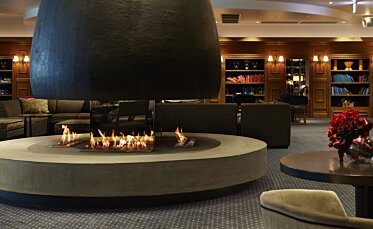 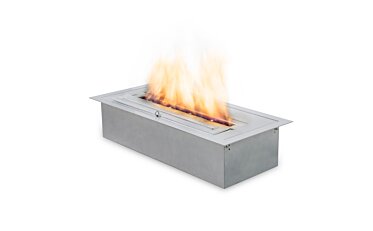 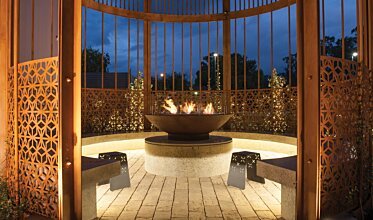 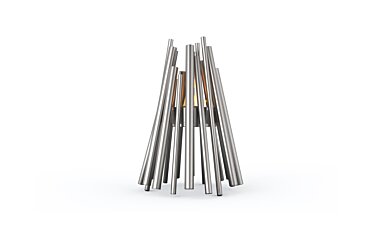 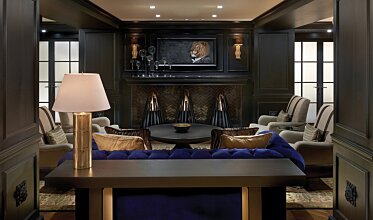 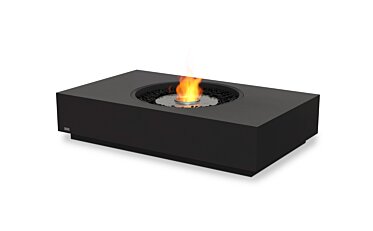 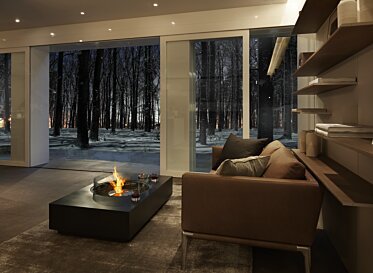 Uniquely different fire pit designed to be the centre of attention at every gathering. 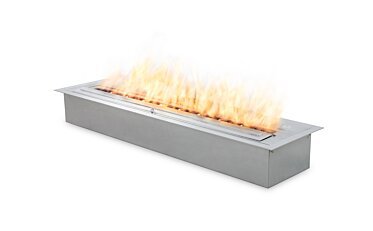 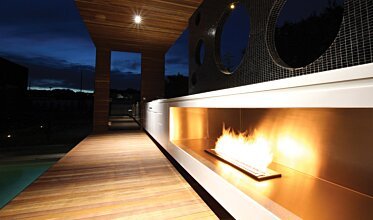 5 ways to freshen up your home office

In the last year we've experienced a big shift in the work environment, with more people working from home than ever before.

A series of BK5 Burners from EcoSmart Fire has breathed new life and an intimate atmosphere into a former gas fireplace in central London’s stylish May Fair Bar – acclaimed as the best hotel bar in London.

For acclaimed Los Angeles architect Michael Parks, the vision behind ‘Rising Glen’ – a striking home in the Hollywood Hills – was to create a warm, liveable, inviting, paragon of modern architecture.

“Good design is eco-design.” It’s a principle that has well and truly been brought to life in the home of American journalist Lisa Ling, known best as host of Our America and as a former host of The View. Designed by Marco DiMaccio, principle designer at PUNCHouse Design Group, this residence has become the first ever energy neutral home in Santa Monica, California, with two EcoSmart XL900 burners amongst the more visible eco-friendly technologies incorporated.

One of the biggest challenges faced by modern designers is achieving the delicate balance between form and function.